Share All sharing options for: Then and Now: See Vintage Snaps of LA's Favorite Shopping Haunts

Now that we're getting all nostalgic over 2015, allow us to travel further back in time to a few more of LA's top retail therapy stretches. From the Beverly Center's Disneyland-esque days to what Melrose Avenue's Kitson looked like over 80 years ago, explore the City of Angels's shopping scenes from the past to the present below.

Racked is no longer publishing. Thank you to everyone who read our work over the years. The archives will remain available here; for new stories, head over to Vox.com, where our staff is covering consumer culture for The Goods by Vox. You can also see what we’re up to by signing up here. 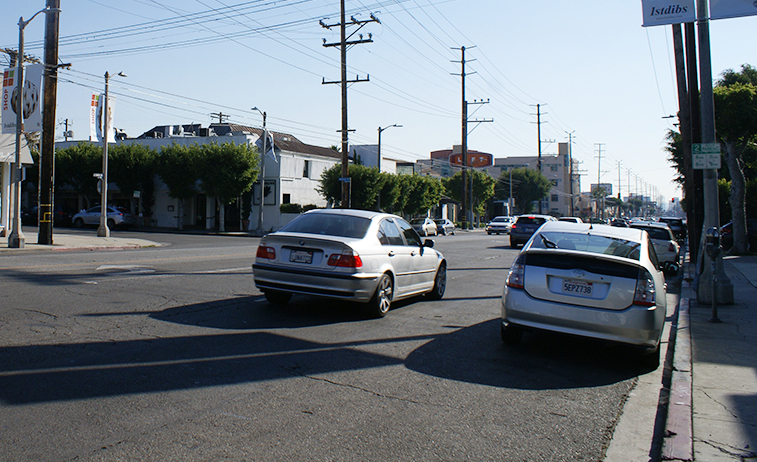 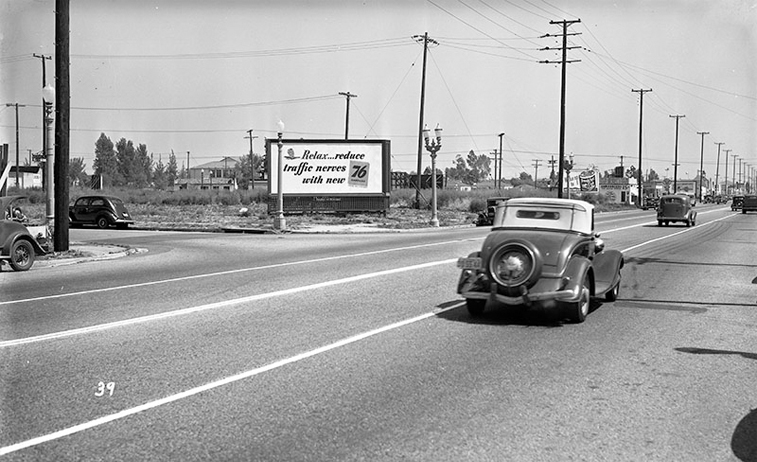 What: A view of Melrose Place in looking southeast from across La Cienega Bouelvard, as seen on June 12, 1940. As LA Public Library notes, "seen are a Foster and Kleiser billboard for 76 gasoline, a few homes, and various businesses (right)." 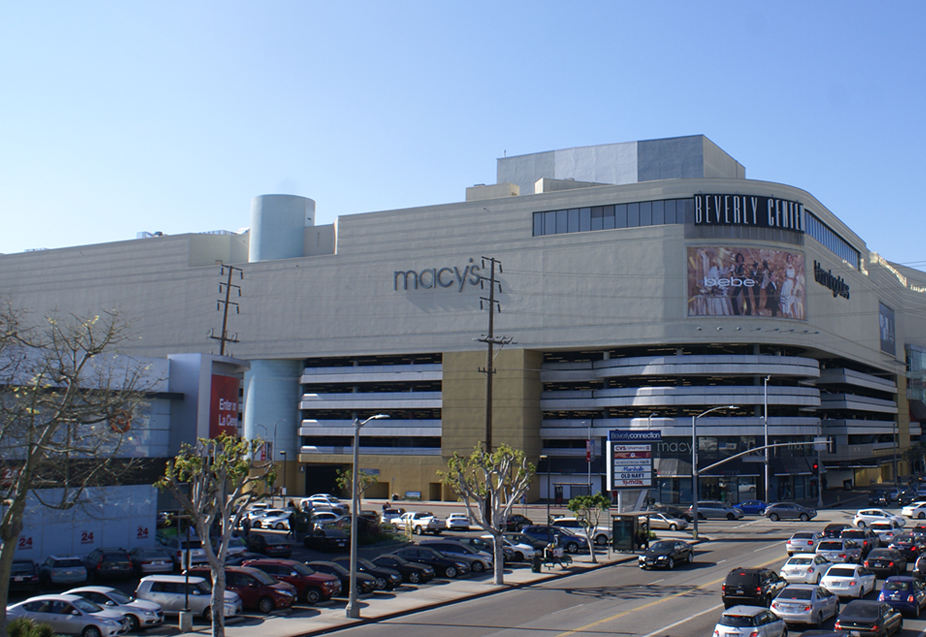 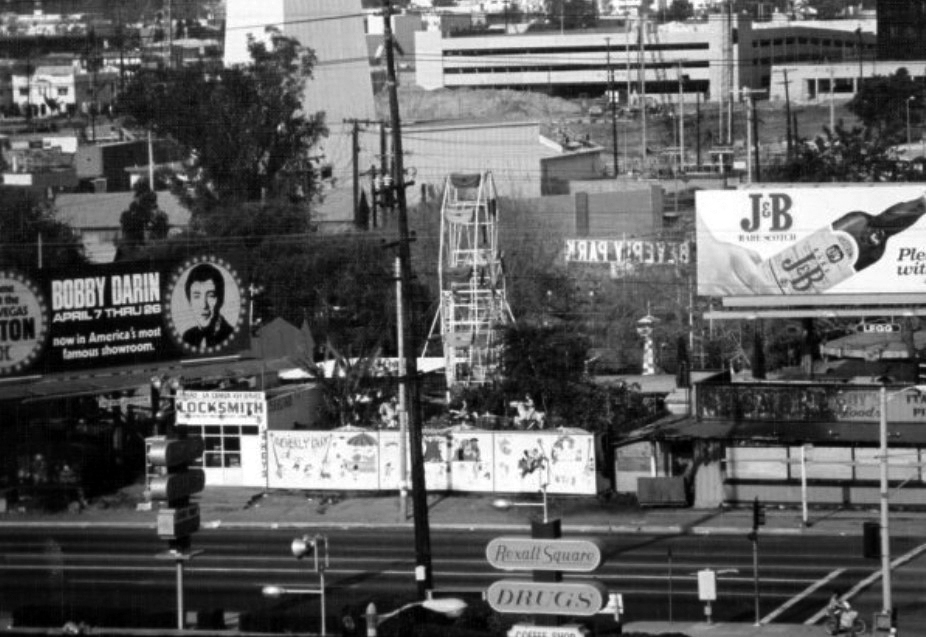 What: Before it entertained luxury retail therapy seekers and tourists, the Beverly Center's plot was home to Beverly Park. In true Tinseltown fashion, the amusement park — which ran from 1945 to 1974 — was a frequent film location (most notably, Alfred Hitchcock's Strangers on a Train, as KCET reveals) and celebrity haunt (Sonny and Cher, John Lennon, and Lana Turner, to name a few). Beverly Park: L.A.'s Kiddieland author Jay Jennings tells LAist that the Beverly Grove fun zone was the inspiration behind SoCal's very own Disneyland. See more throwback scenes in this YouTube vid, where one former visitor recalled that the family-friendly hangout "was really just a patch of green at the corner of Beverly and La Cienega." Oh, how times have changed. 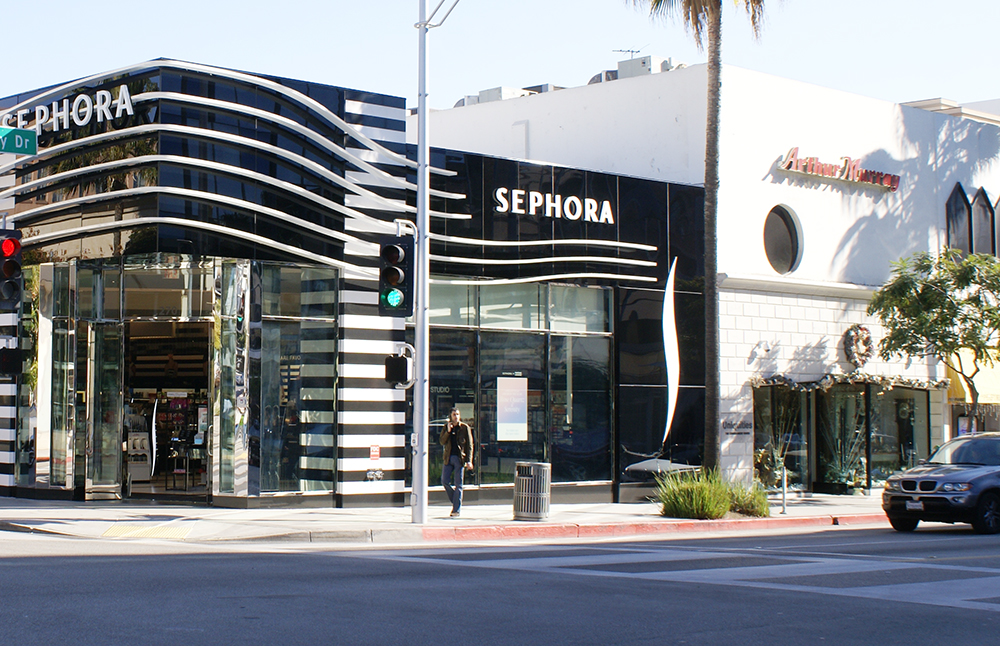 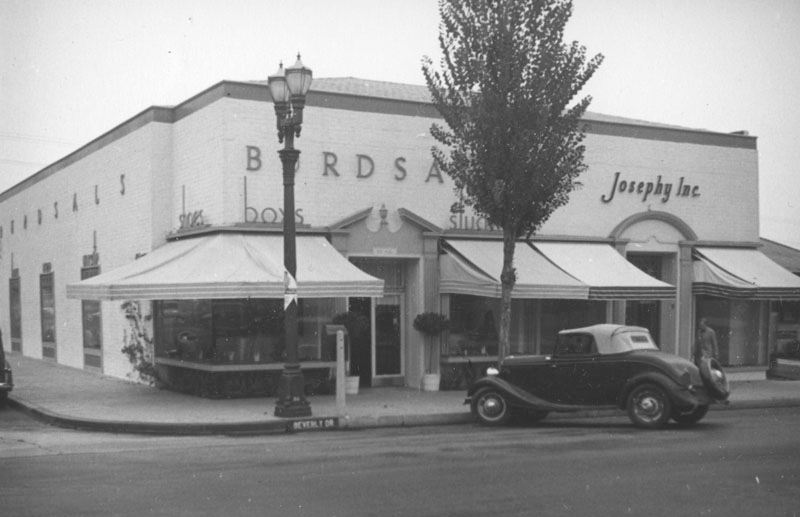 What: Now buzzing with beauty buffs thanks to that massive Sephora, the corner of North Beverly Drive and Dayton Way was once the site of stylish children's outfitters Burdsals Boy Shop, as seen in this circa-1937 photo. 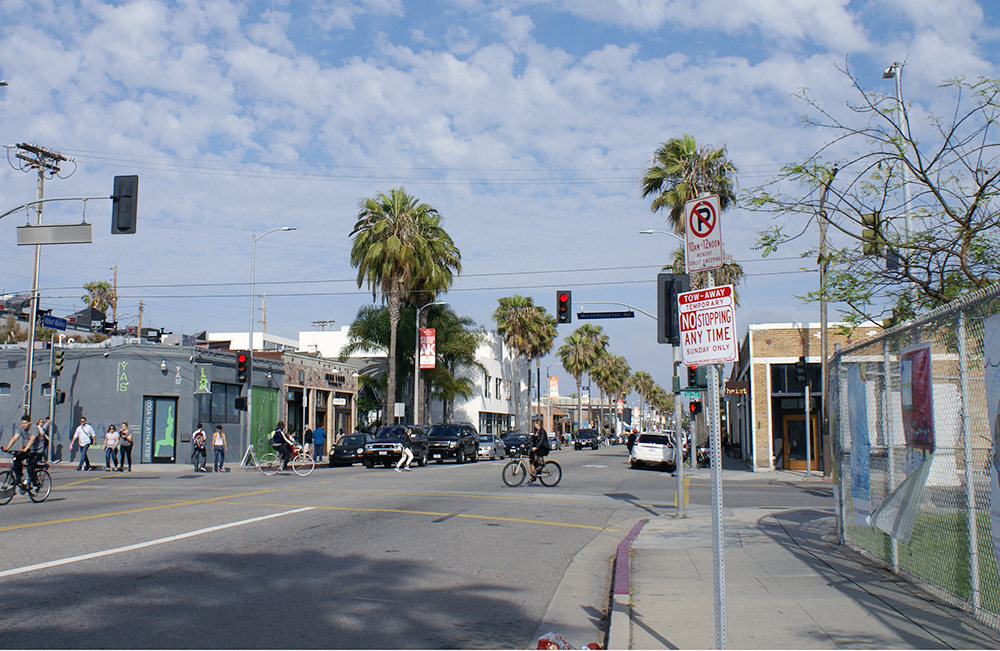 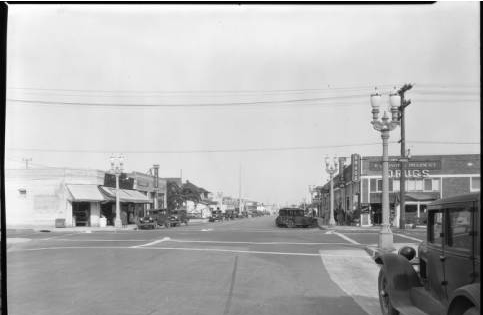 What: Westminster Avenue and Abbot Kinney Boulevard (originally West Washington Boulevard) in the early 1910s and in 2015. 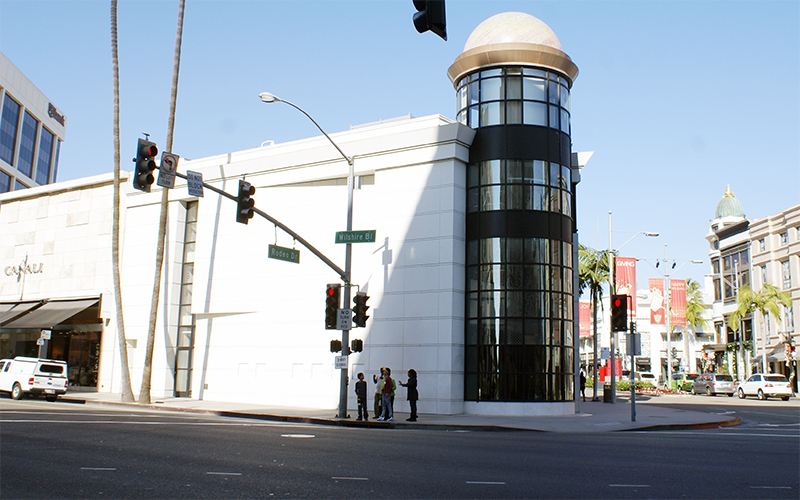 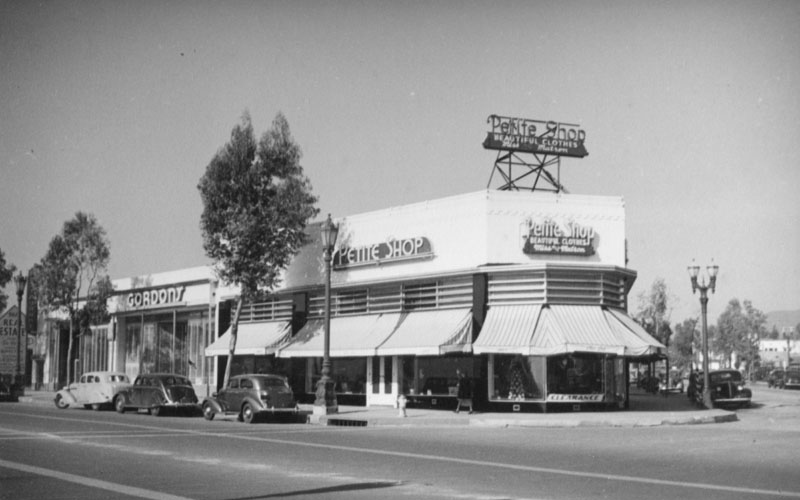 What: Louis Vuitton now stands at the northwest corner of Wilshire Boulevard and Rodeo Drive, but back in the '30s it featured a swanky Streamline Moderne liquor store and the Petite Shop. 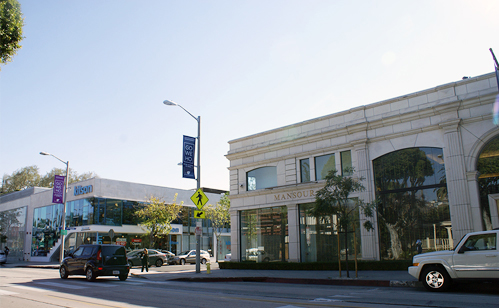 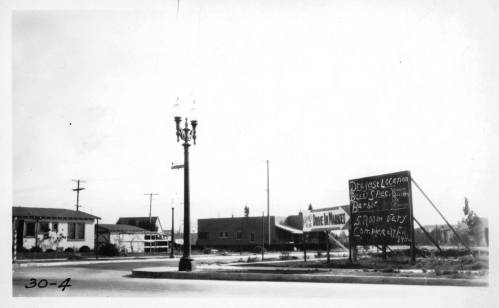 What: These old-school signs were "reported as obstructing vision of traffic" — back in 1930, that is. It's now fine textiles store Mansour Rug, which is right across from soon-to-be-dunzo Kitson. 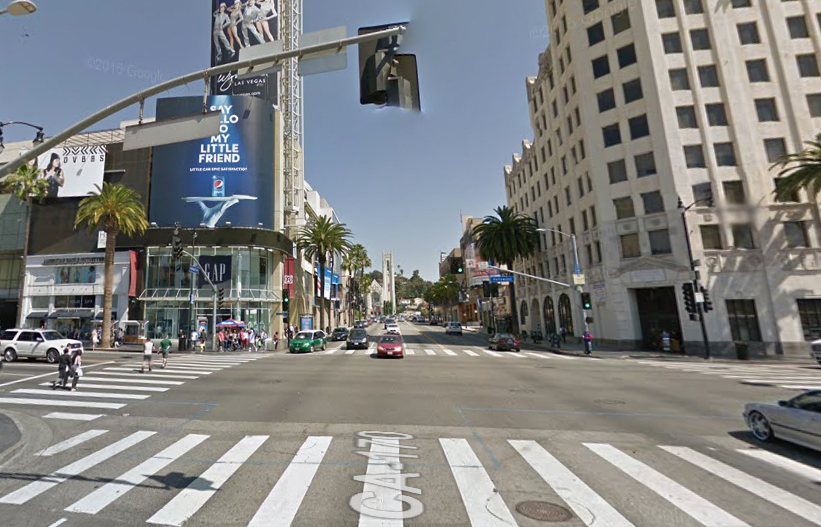 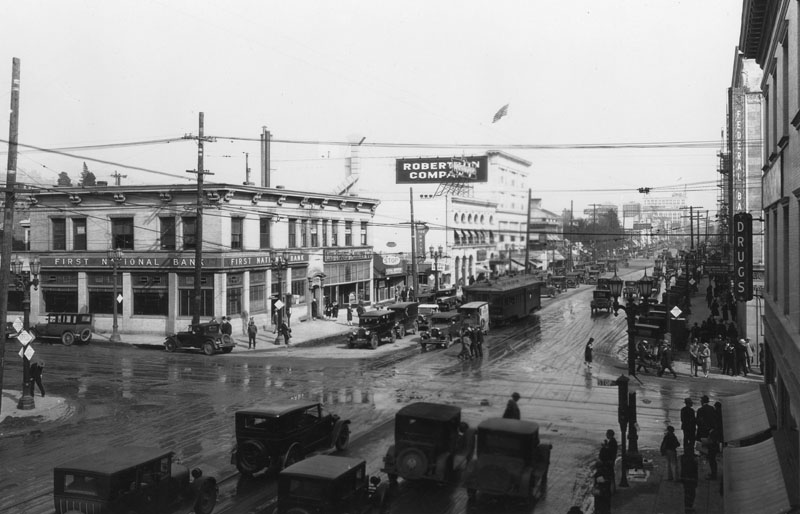 What: Not even Prohibition-era Hollywood and Highland was immune to traffic. Back then, pedestrians could hitch a ride on Pacific Electric's red streetcars and take a trolley from Downtown to Sunset Junction to Santa Monica. Come next spring, 2016 Angelenos can take nearly the same car-free journey when Metro's extended Expo line unveils its new tracks. 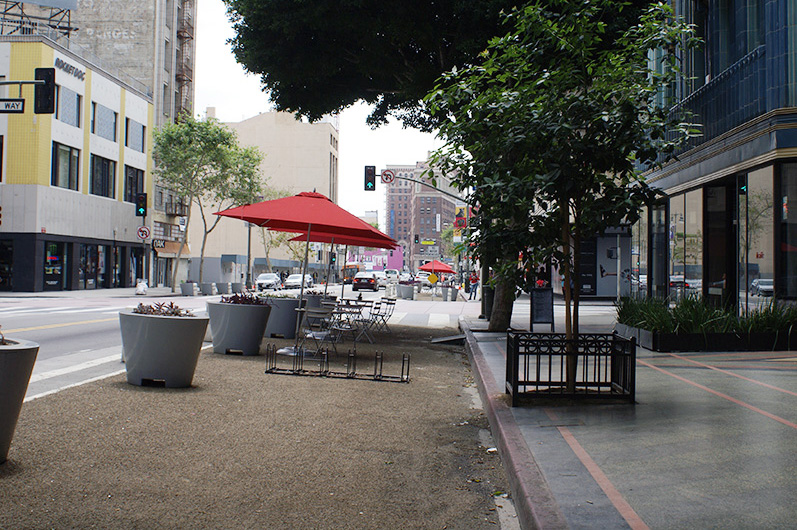 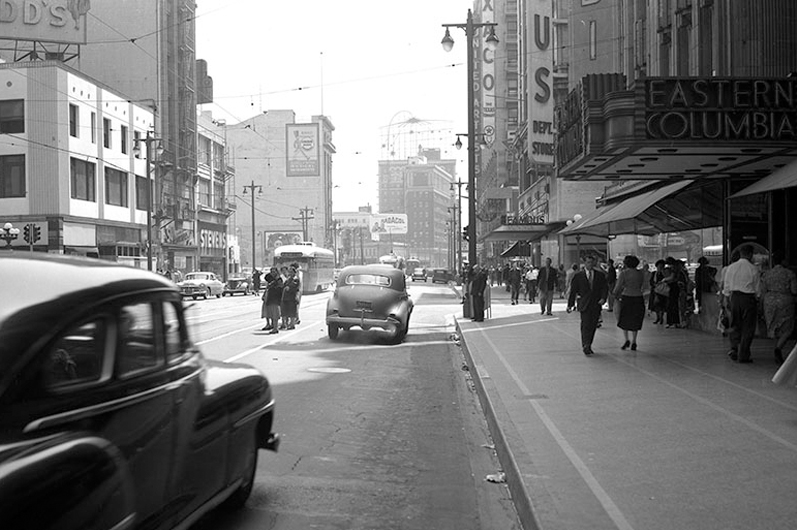 What: A bustling scene outside of the Eastern Columbia building at South Broadway and Ninth Street, as seen in 1951 and 2015. Long before GQ crowned Downtown as America's next greatest city, the LA Times boasted that South Broadway was "the busiest block in the city," as we noted earlier this year when this image originally ran.